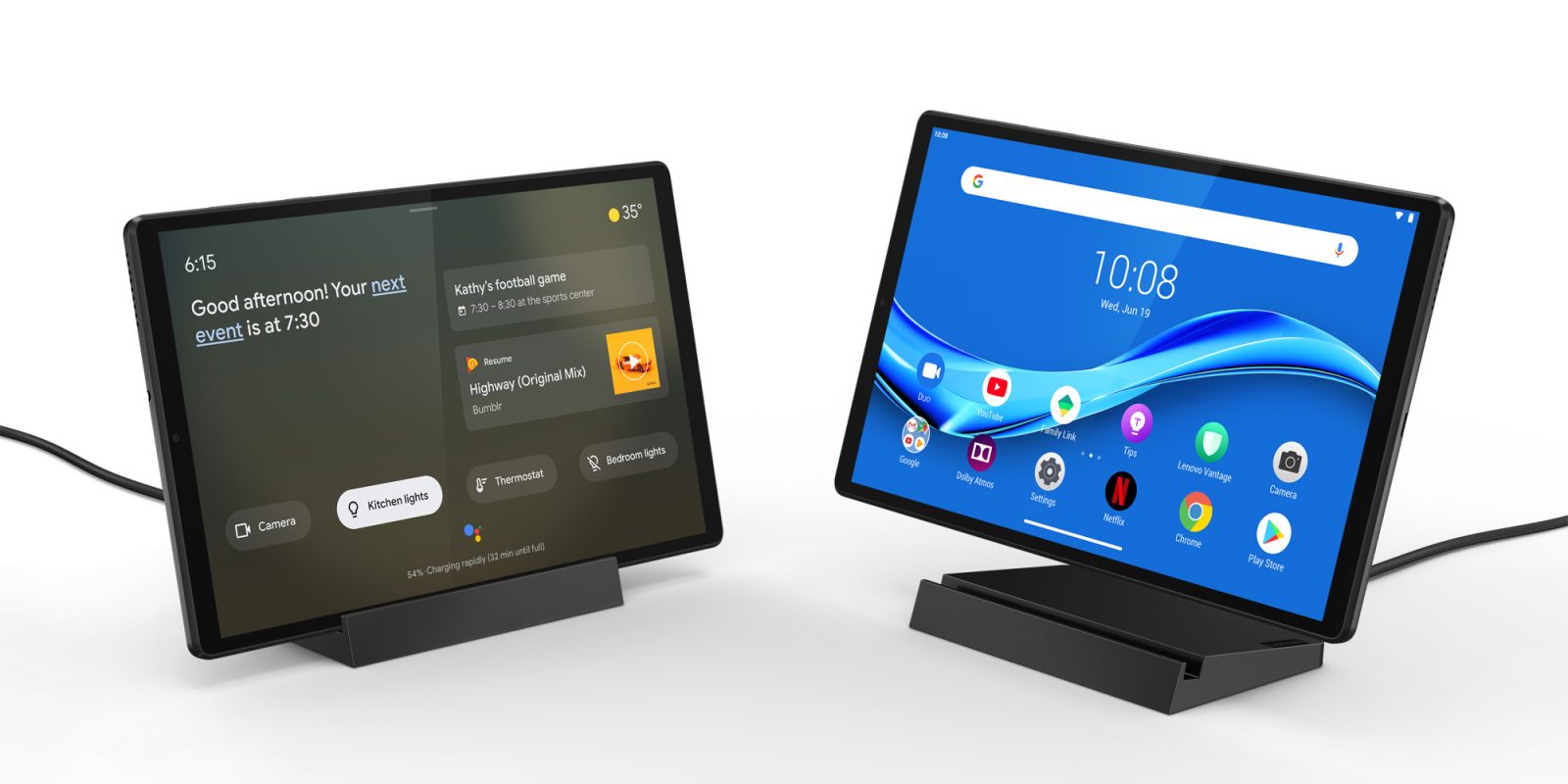 Lenovo has been building out its smart home products for a couple of years now, and at CES 2020, the company has a couple more options to show off. Firstly, there’s the Lenovo Smart Tab M10, which is an Android tablet that works with Google Assistant’s Ambient Mode, all for an affordable price point.

Google Assistant Ambient Mode went official in mid-2019 at IFA alongside the debut of two other Android tablets from Lenovo. The Smart Tab M10 is, essentially, just a larger version of the M8 that was announced in August, but strangely, still hasn’t gone on sale.

The Smart Tab M10 delivers the same build of Android Pie that runs on top of a quad-core MediaTek Helio P22T along with either 2GB or 4GB of RAM, depending on the model selected. There’s also a 5,000 mAh battery, up to 128 GB of storage, and 8 MP/5 MP cameras on the back and front, respectively.

To use Google Assistant’s Ambient Mode, the Lenovo Smart Tab M10 includes a set of dual microphones to listen for “Hey Google” commands. There’s also a dock included in the box that charges the tablet using pogo pins. That dock uses microUSB, but the tablet itself has a USB-C port on board. As for the display, you’ll see Ambient Mode on, it’s a 10.3-inch FHD LCD panel that can go up to 330 nits.